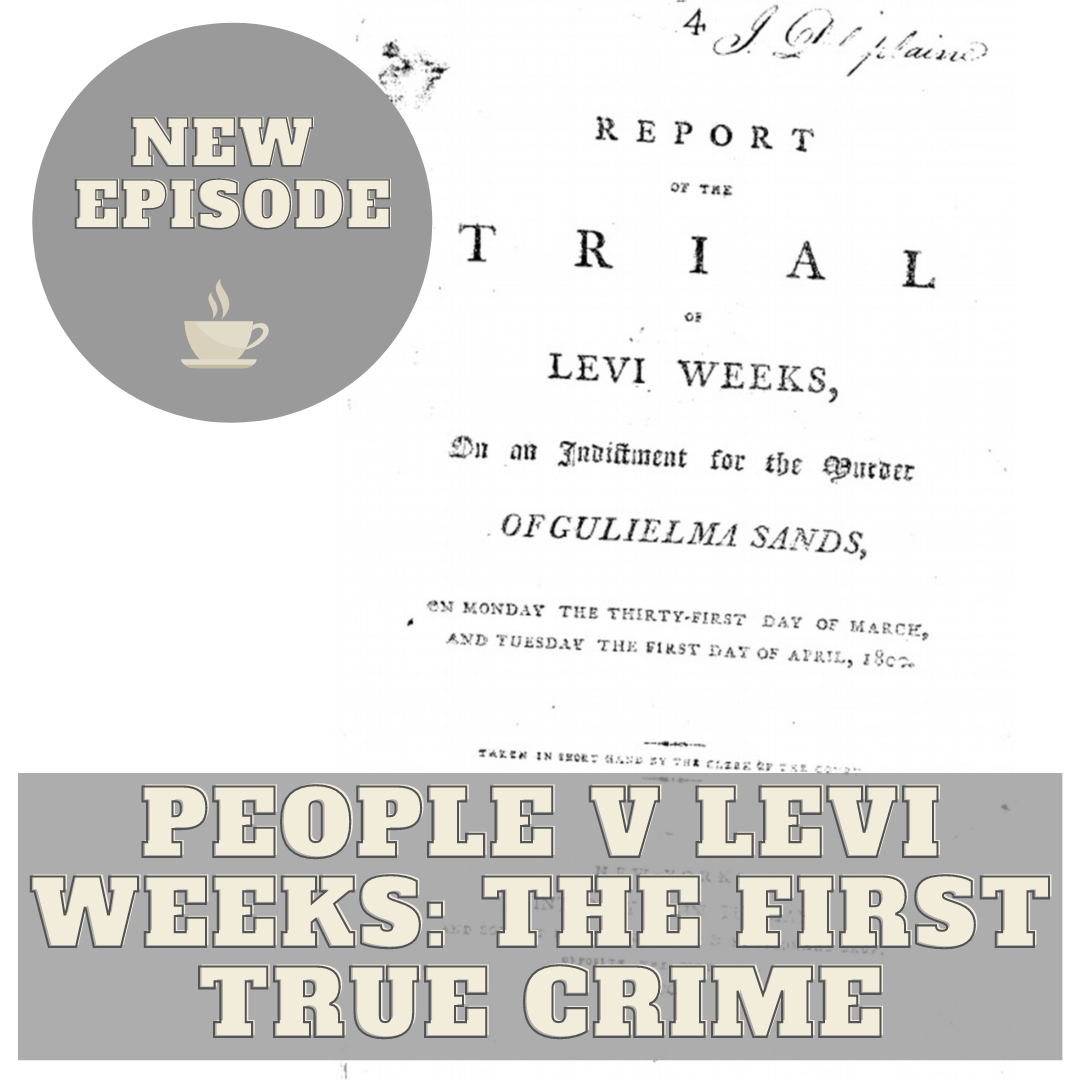 Tune in this week as I discuss the first murder trial in United States history with a full written record - People v. Levi Weeks.

Charged with the murder of young Quaker Elma Sands, Levi was defended by the best legal minds in New York: Henry Livingston and political enemies Aaron Burr and Alexander Hamilton. The Manhattan Well Murder, as it is sometimes known, is the first in history to have a publish transcription of the court proceedings, giving life to a well loved genre in America - true crime.

Coleman, William. Report of the Trial of Levi Weeks, on an indictment for the murder of Gullielma Sands, On Monday the thirty-first day of March, and Tuesday the first day of April. New York: John Furman, 1800. Library of Congress. (LINK)